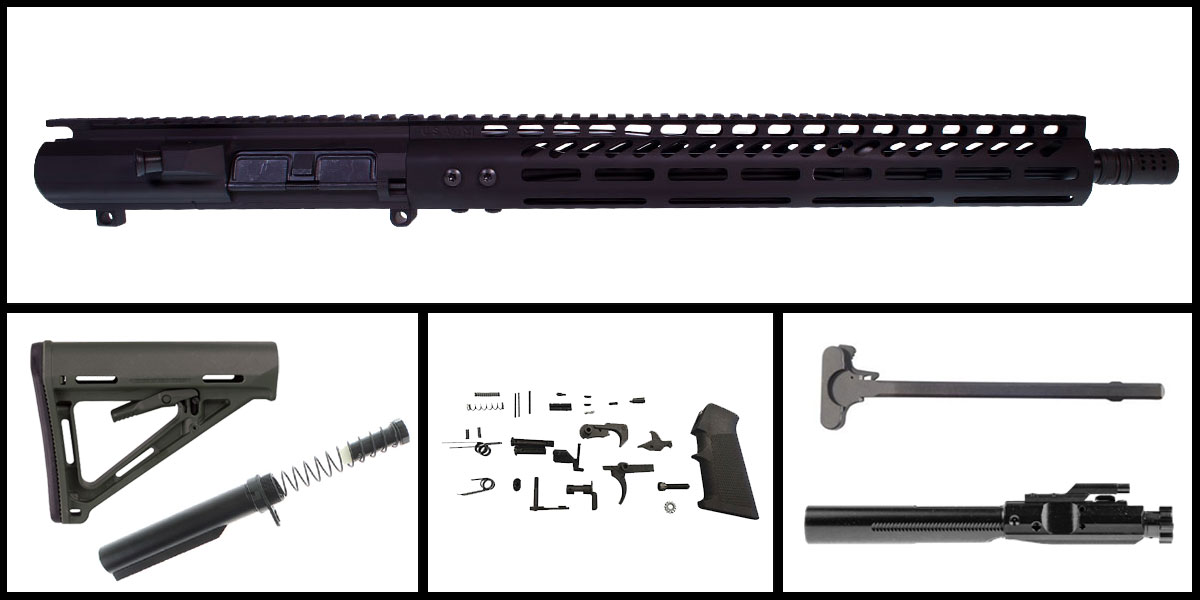 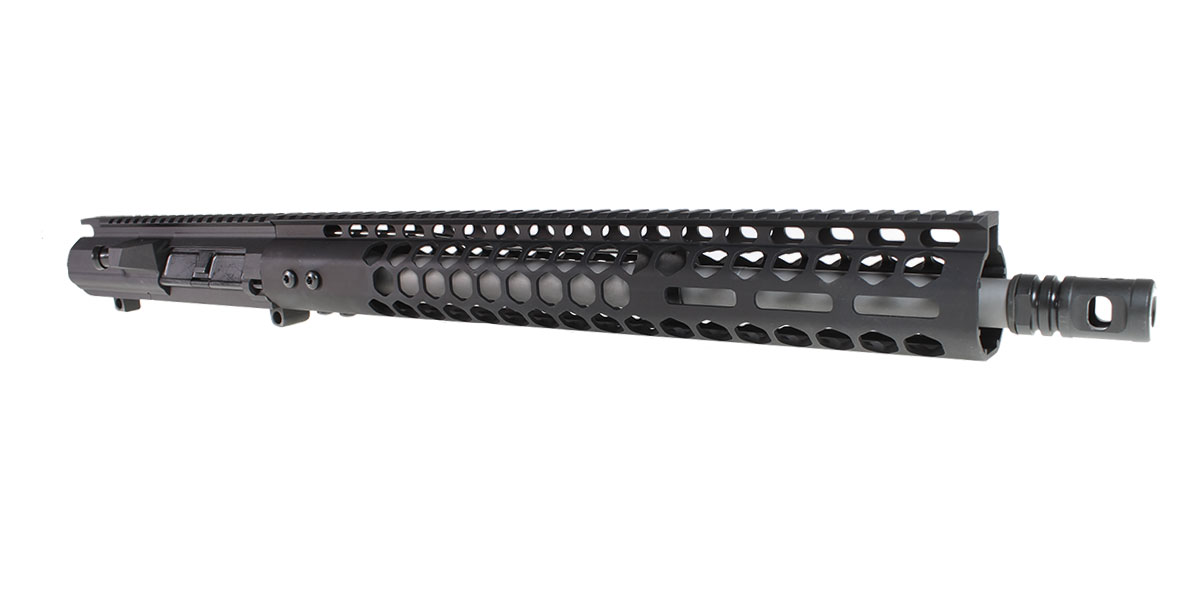 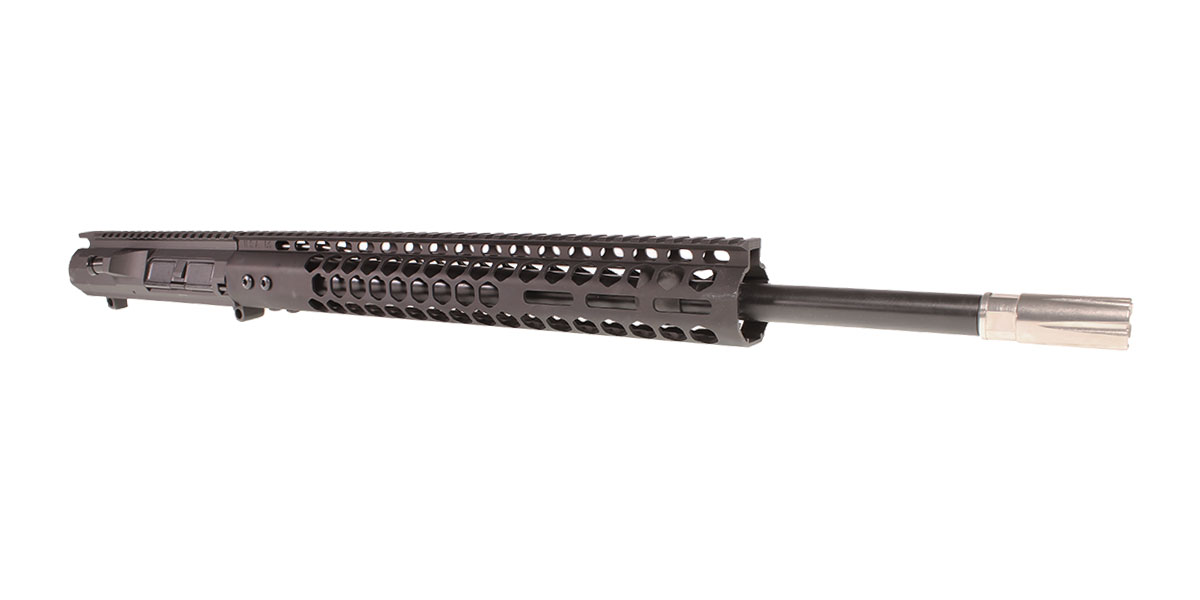 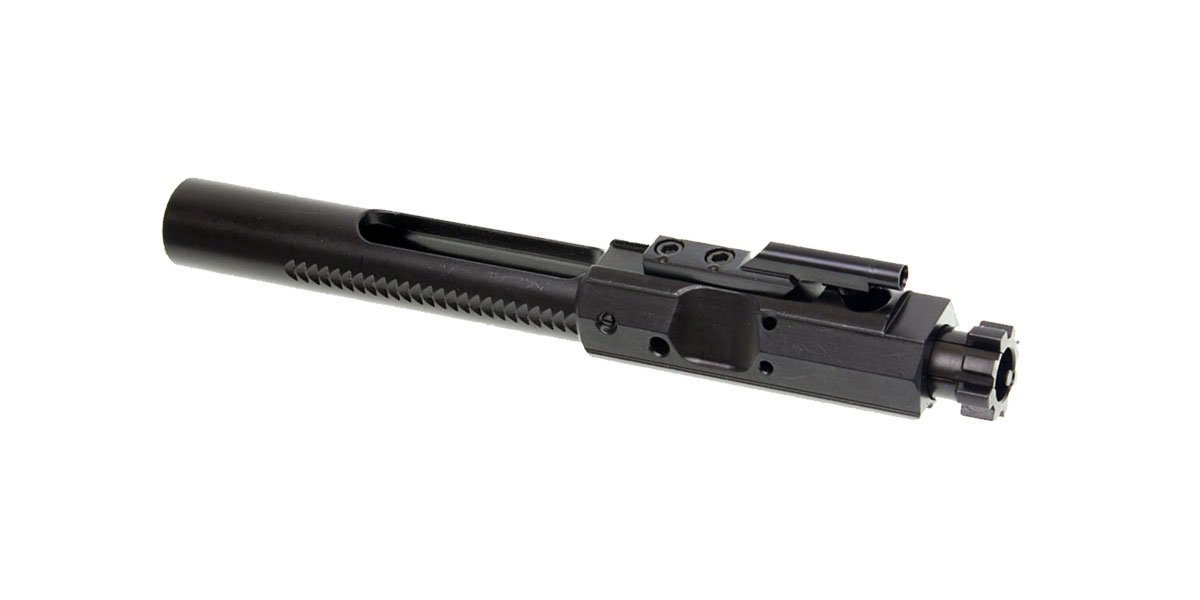 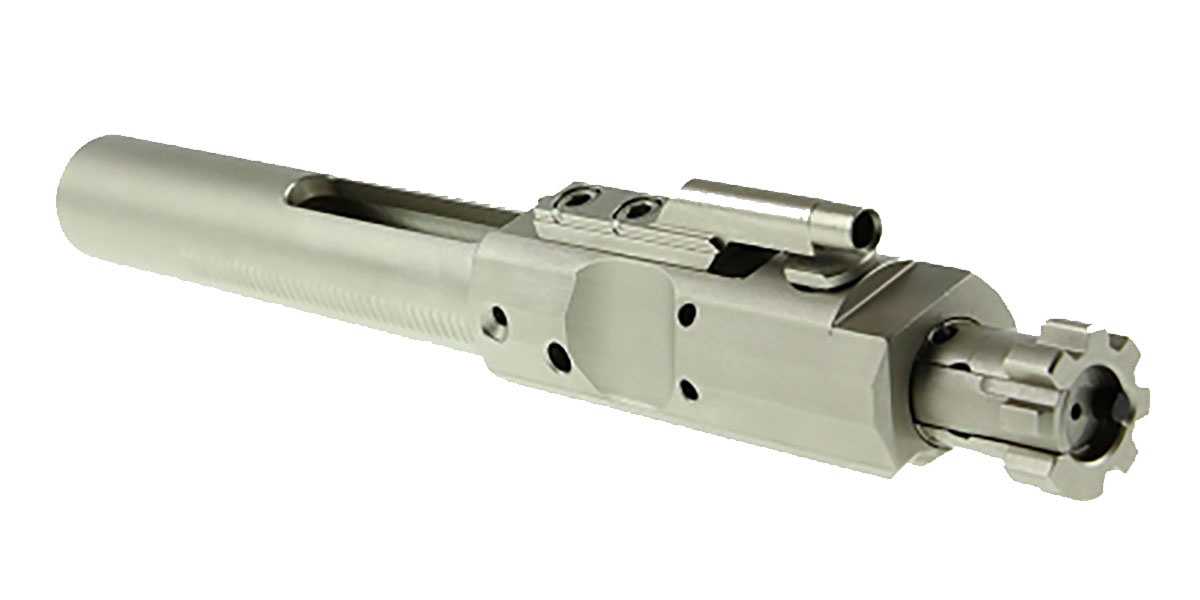 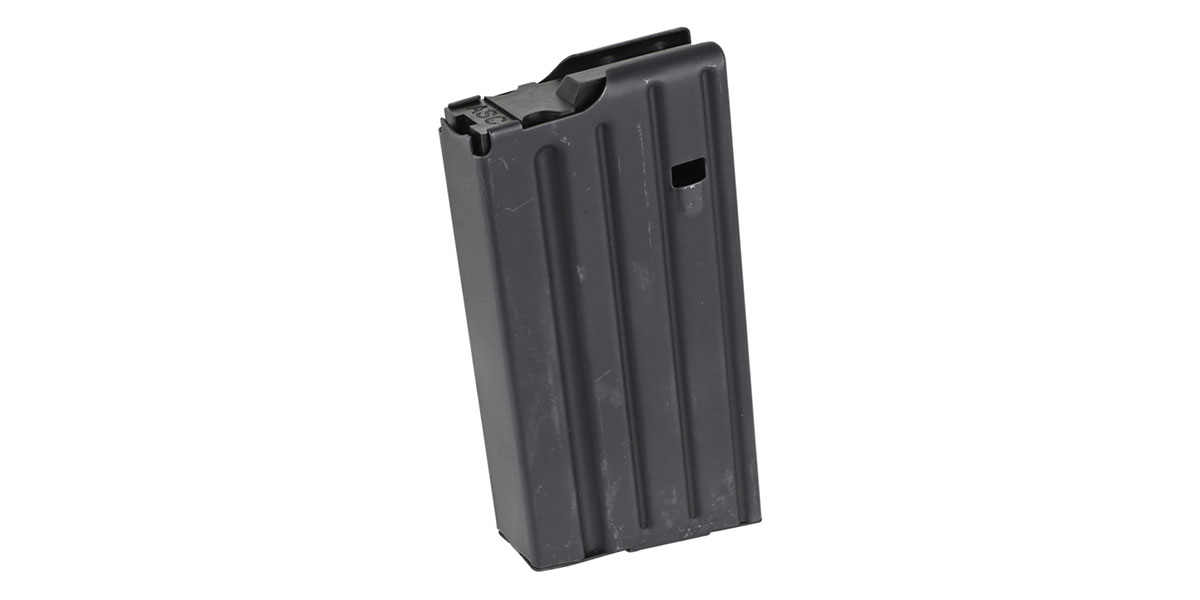 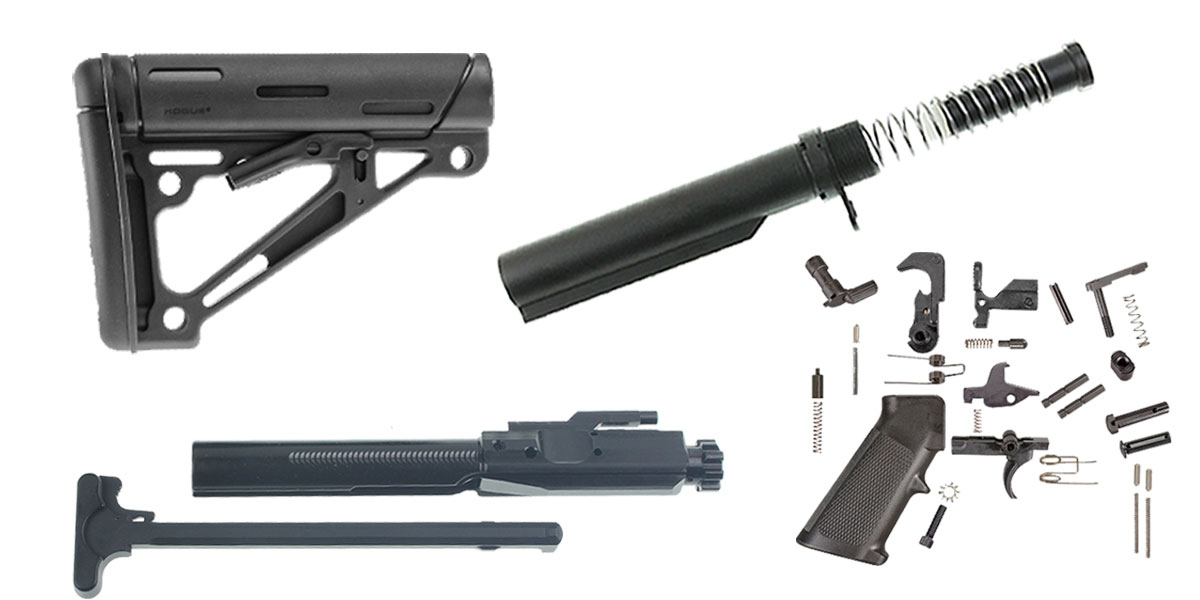 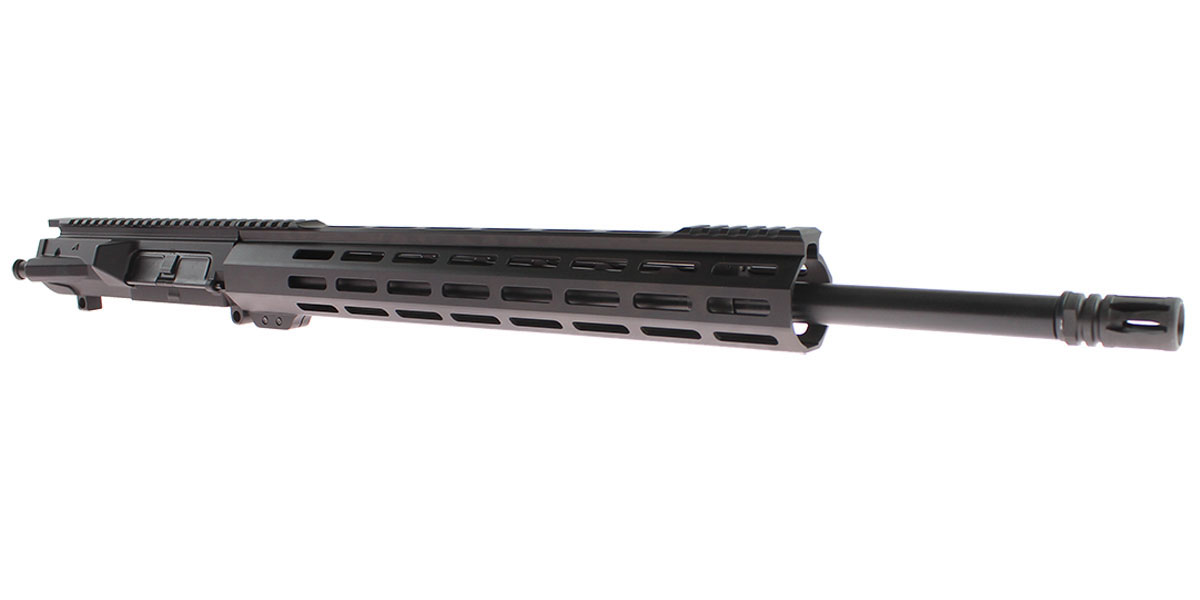 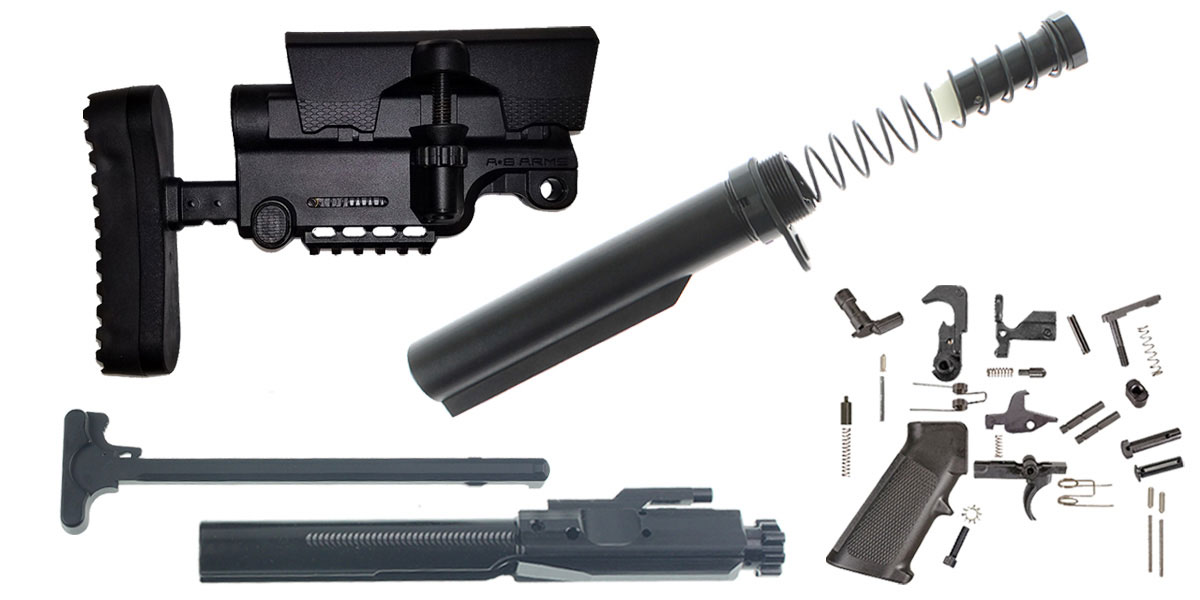 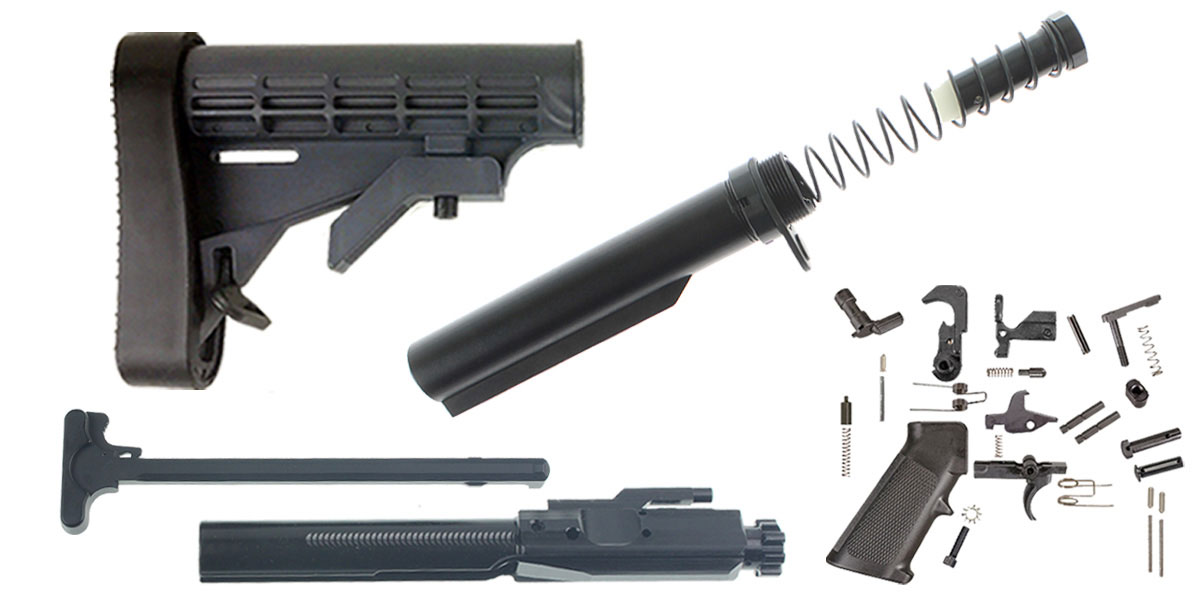 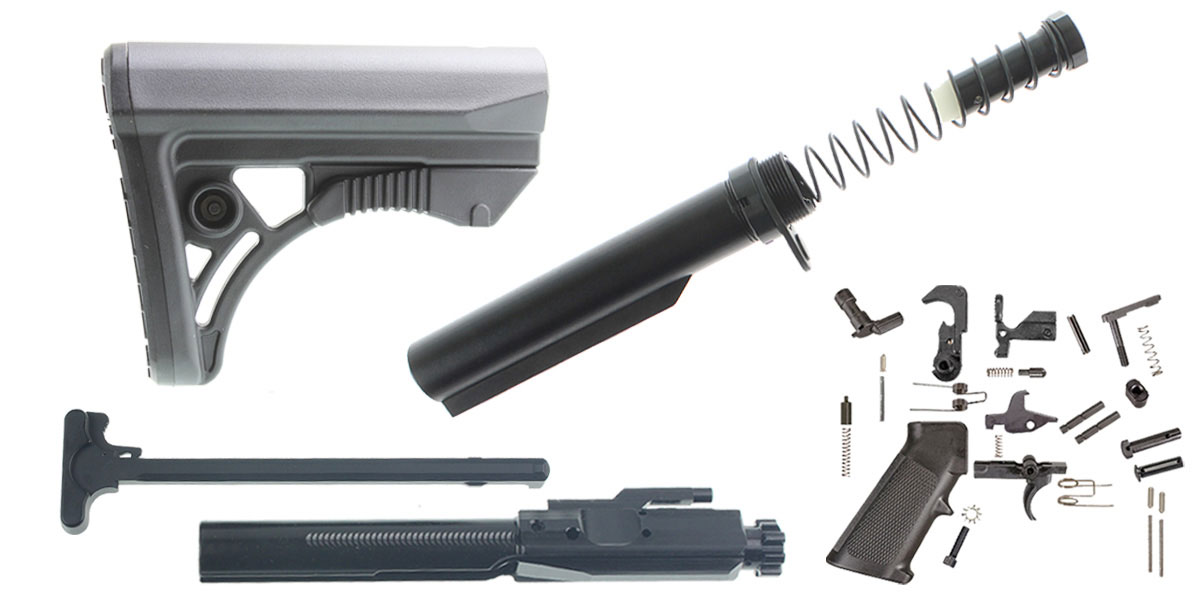 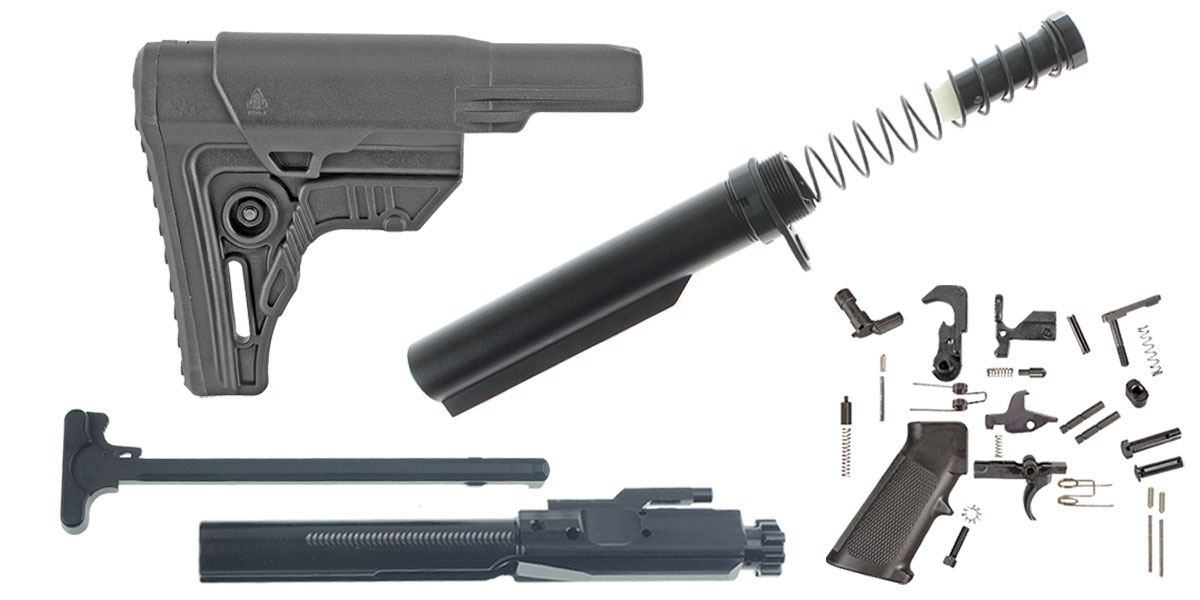 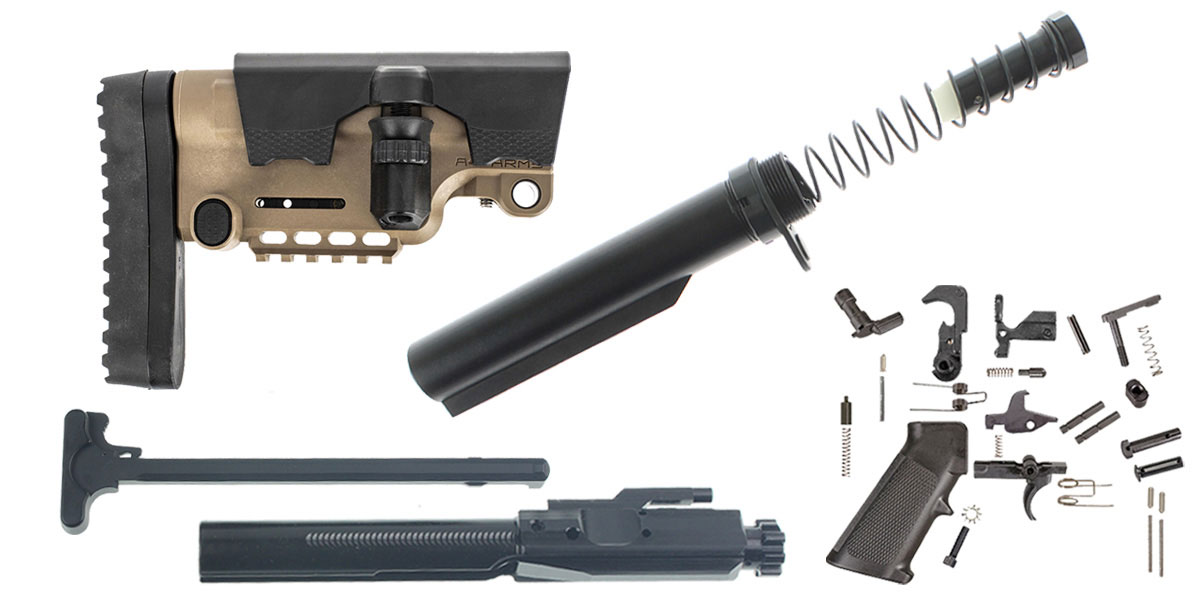 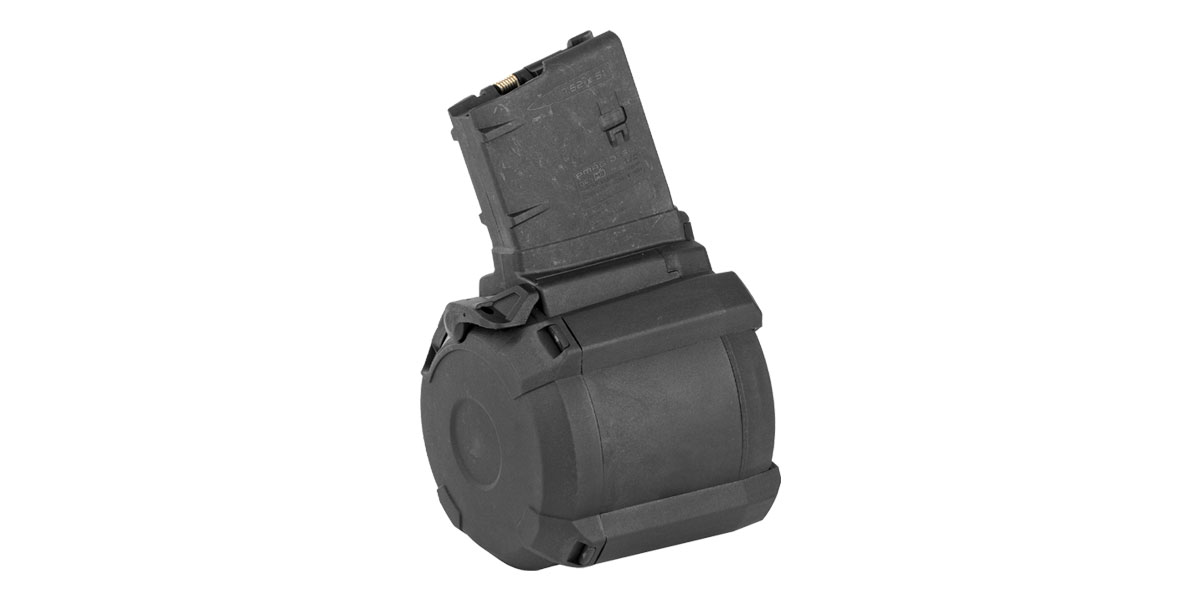 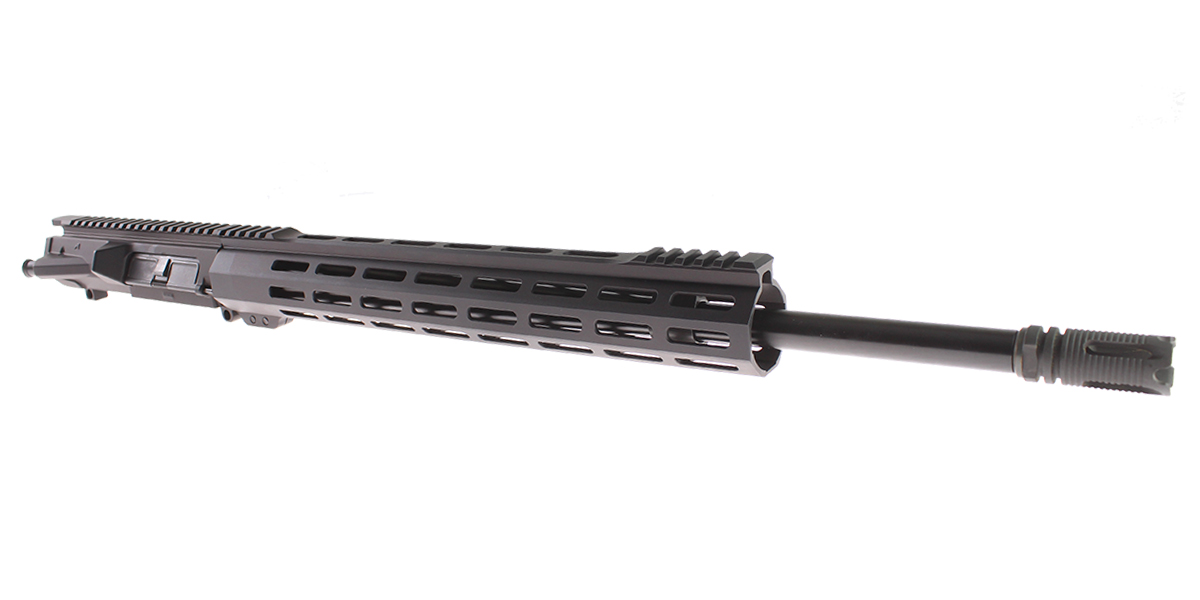 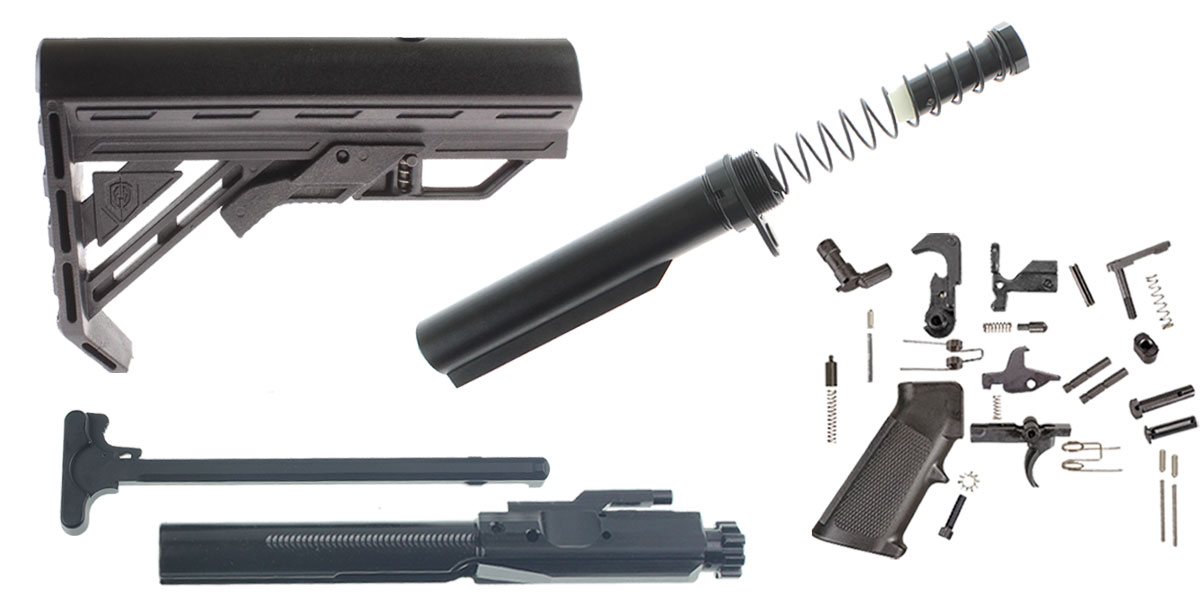 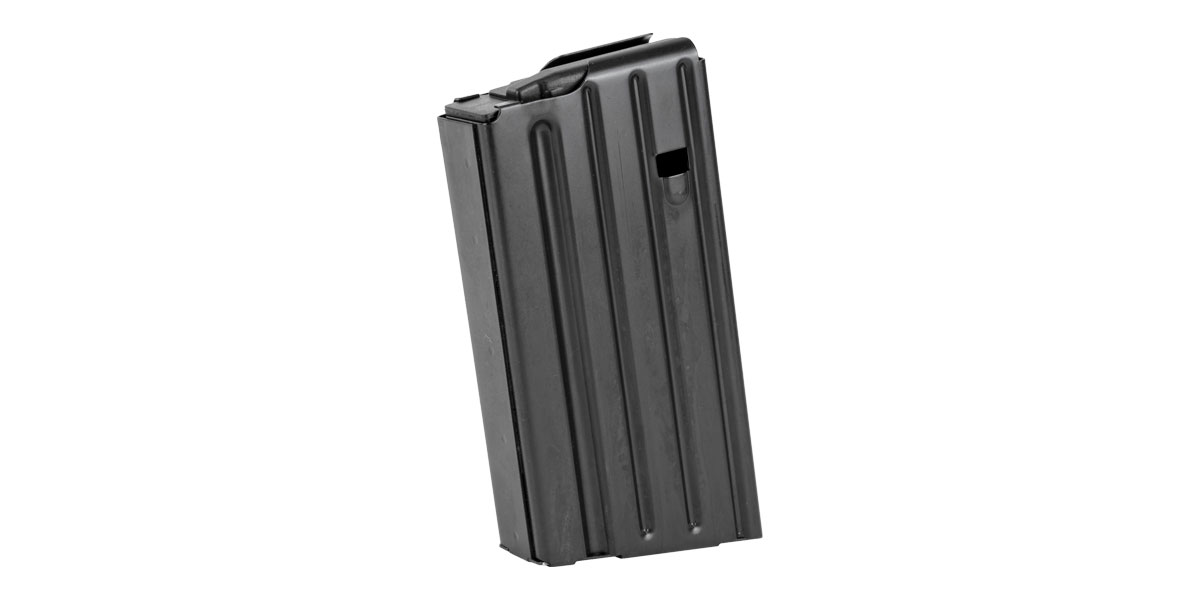 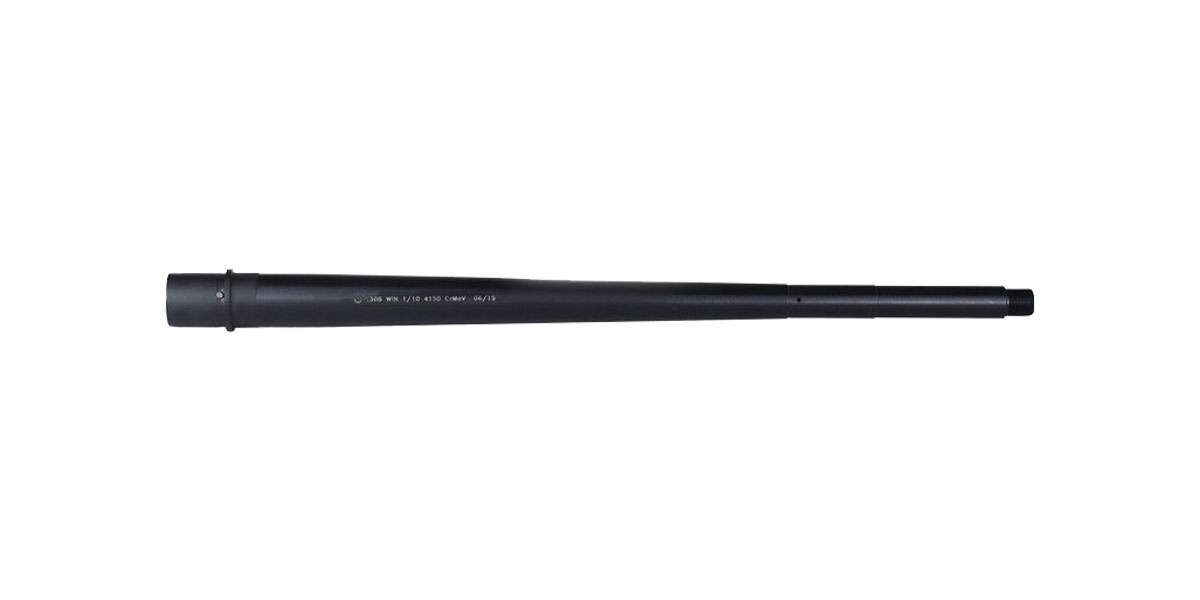 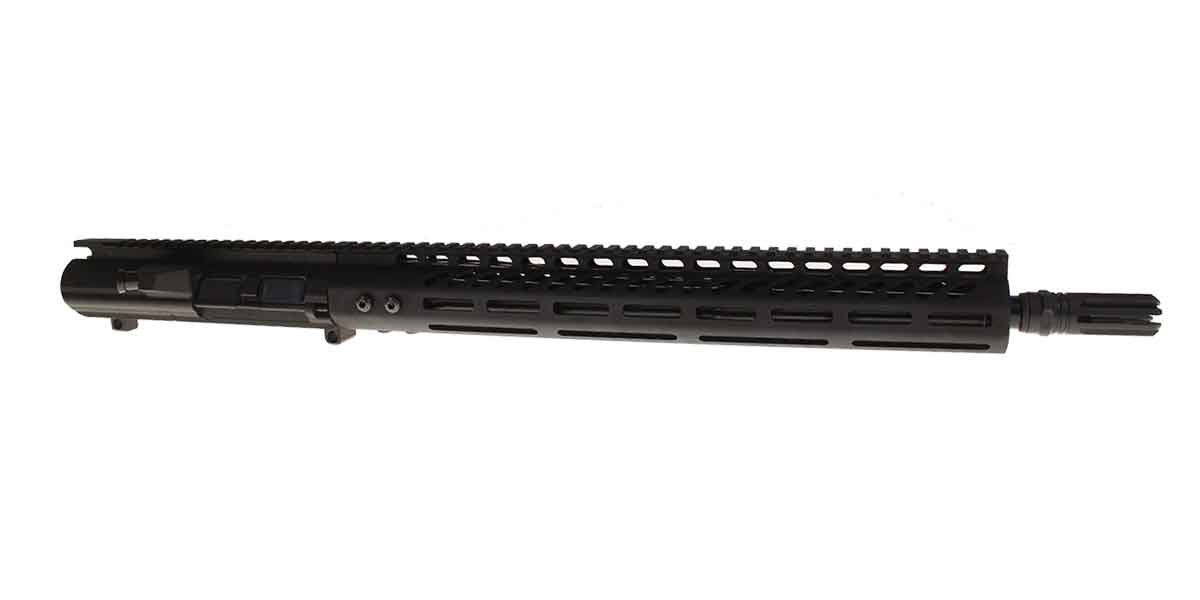 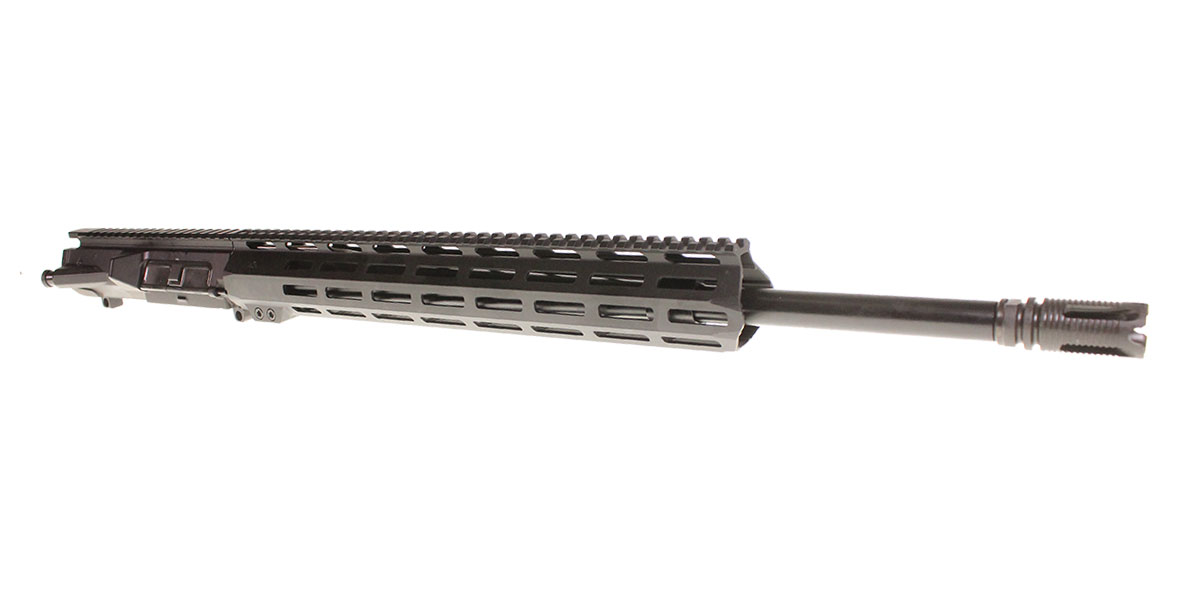 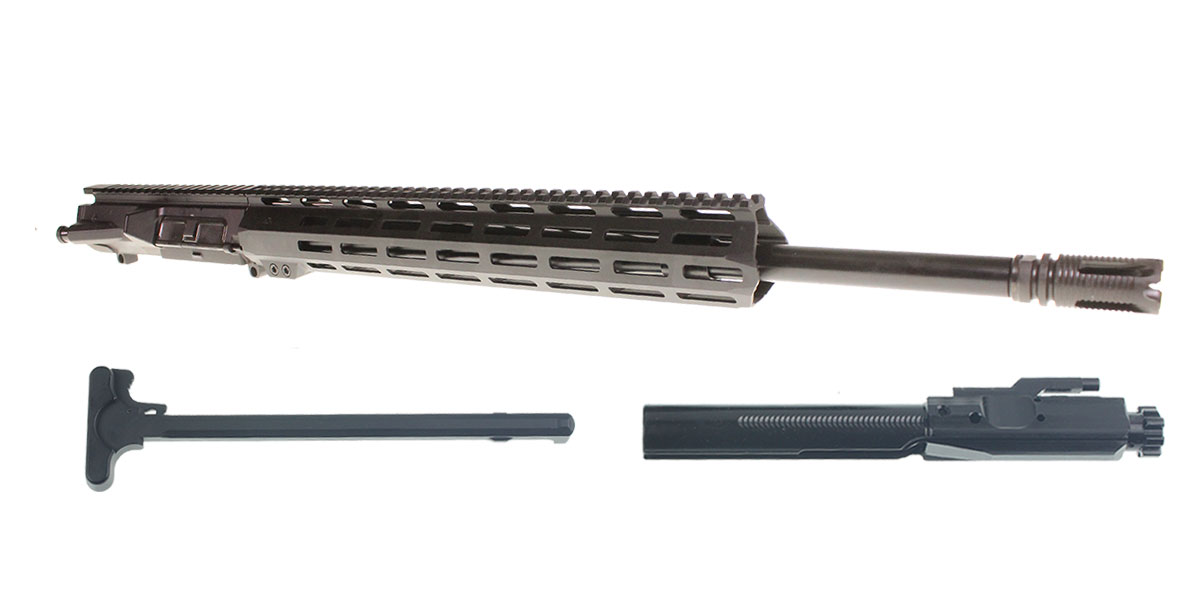 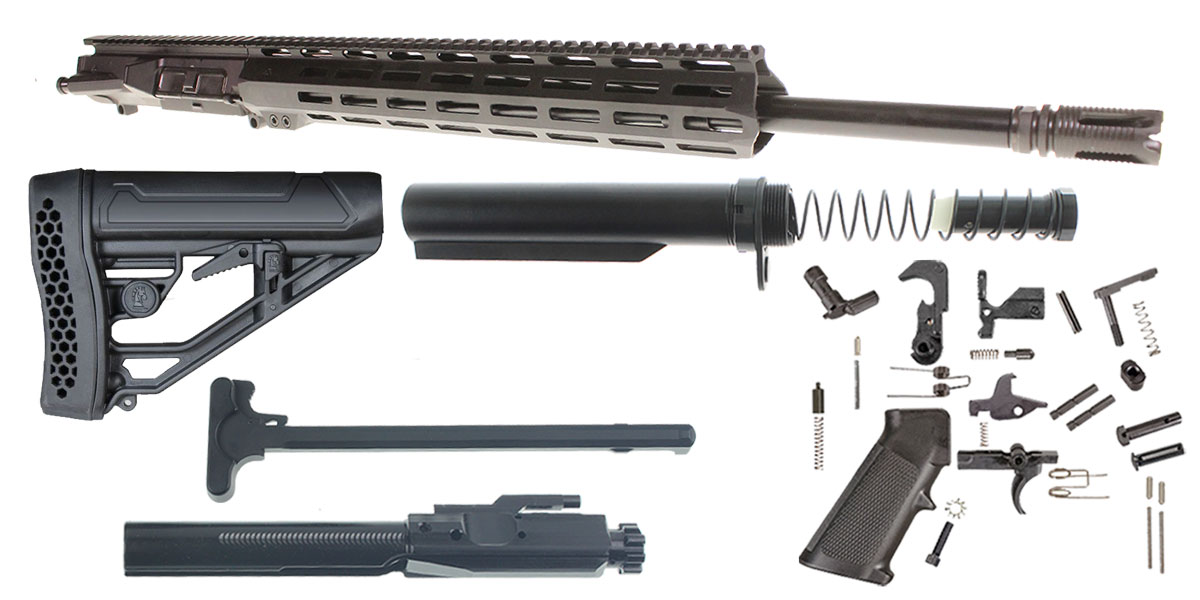 One of the most popular calibers on the planet is the .308 Winchester, .308 Win, .308, or for those who prefer the metric system 7.62x51 NATO. The .308 Win is loved by many for long-range shooting, hunting, fun to shoot, a high supply of ammunition, and people are familiar with it. While there are some differences between 7.62x51 NATO and .308 Winchester ammunition can be used in a gun chambered for the other. The NATO round has some specs that differ from the commercially available Winchester round. These specifications may cause some accuracy variations when shooting a 7.62x51 NATO out of a rifle chambered in .308 but it will function safely.

The .308 Winchester is not a new round, it came onto the scene before Dwight D. Eisenhower won his first presidential campaign. Also, being adopted by NATO makes this caliber available across the globe in any country that is part of NATO.

The .308 Win is a very popular round with hunters, in fact in America, it is one of the most popular hunting rounds ever produced. One of the reasons for this is due to its dynamic range of wild game that .308 Win can take down effectively. It is used for deer, antelope, elk, hogs, coyotes, predators, varmints, bears, moose, and more.

What is the range of the .308 Winchester?

Due to the high popularity of this round and the number of firearms chambered in 308, there is much debate surrounding the effective range of this caliber. However, it is generally accepted that the .308 Win is capable of grouping accurately between 300-800 yards. There are many videos out there of shooters grouping at 1,000+ yards, however, there are many items to factor into this such as shooter skill, ammunition, environment, quality of rifle, length of the barrel, etc.

While there are not as many brands building products specifically for .308 Win as with AR-15 products, it does boast quite a few reputable brands making products specifically for this caliber. Aero Precision’s M5 upper and lower receivers are some of the most popular. Live Free Armory is a newer company that has hit the scene with their receiver sets anodized in different colors. KAK Industry makes a very good selling LPK for the LR-308 platform.

There are some amazing barrels from some of the top barrel manufacturers to the likes of Ballistic Advantage, Faxon Firearms, BSF Barrels, Mercury Precision, and KAK Industry.

If you are looking to improve the recoil of your .308 Winchester Armaspec makes some great products with their Sound Mitigation Spring and their Stealth Recoil Spring specifically designed for the LR-308 platform.

Charging Handles has their tribe making products for the .308 Win from brands like Armaspec, Aero Precision, and Strike Industries. These charging handles are available in standard style and also ambidextrous handles.

While brands like Geissele Automatics and Hiperfire don’t make triggers that are specifically designed for .308 Winchester, they do make some great triggers that work for .308 Win. So we combined these triggers up with LPK’s specific for the LR-308 and made LR-308 specific trigger upgrade kits.

Magazines come from a variety of sources, most notably Magpul. However, there are some great options available from Hexmag, Promag, Ammunition Storage Components, and others.

A platform that has surged in popularity in the last few years for the .308 Win is the AR-10/LR-308 platform. To the untrained eye these two platforms look like a regular AR-15, however, there are some significant differences between AR-10/LR-308 when compared to the AR-308. The larger brass casing of .308 ammunition made it essential that larger upper and lower receivers be used to accommodate a larger round. To put it simply this is a separate platform that has a similar appearance but a different size making many of the parts between AR-15 and the LR-308/AR-10’s not interchangeable. So when building an AR-10/LR-308 be careful about selecting parts al la carte because they may not be able to work together.

A frequent problem the customer service agents at Delta Team Tactical encounter is from customers who have a collection of AR-15 parts and they decide to take on a .308 build with the spare parts they have and therefore encounter problems because they are using parts that look very similar but are not the same. For this reason, we have created additional subcategories for parts specific to this platform, and have labeled many that are compatible with both platforms. Parts such as dust doors, charging handles, stripped uppers, barrels, handguards, lower receivers, lower parts kits (LPKs), buffers, buffer springs, bolt carrier groups (BCGs), and magazines are all specific and proprietary to this platform.

While parts like gas blocks, gas tubes, stocks, buffer tubes, forward assists, muzzle devices (as long as they are the right thread pitch), and grips are completely interchangeable between AR-15 and LR-308/AR-10 platforms.

To further complicate the custom building process of AR-10 and LR-308 builds there is NO mil-spec like there is with AR-15. While some may argue this is a positive because MIl-Spec or Military Specifications simply mean a minimum standard of quality, there is something to be said for having parts designed to certain sizes to accommodate compatibility. Meaning because there is no Mil-Spec with AR-10 and LR-308 there are some compatibility issues with parts that are specifically designed for these platforms. For this reason, if you are interested in doing a custom .308 Winchester build it is recommended to purchase one of the kits we have put together, we hand select parts that we have tested and know are compatible with each other. These kits are labeled as Starter Kits, Upper Build Kits, Complete Uppers, Full Kits, Finish Your Build Kits, Lower Build Kits, Builder Sets, and Buffer Tube Kits.

What are the differences between AR-10 and LR-308?

While there are not as many differences between the AR-15 to either LR-308 or AR-10 there are some fundamental differences between them. The AR in AR-10 stands for Armalite, just like it does with the AR-15. This weapon was developed by Eugene Stoner for Armalite in 1956. Rights to this platform were later sold to Colt who produced this rifle for many years. It is suspected that the LR-308 was developed by DPMS to skirt the intellectual property around the AR-10. So DPMS made some changes, which to the untrained eye likely would go unnoticed. However, these differences are important to pick out as the firearms industry largely promotes all of these parts as AR-10 when in reality most of those parts are built using the DPMS LR-308 design. This is important to understand when doing a custom build, are you buying parts labeled as AR-10 that are truly AR-10 parts, parts that work for both platforms, or parts labeled as AR-10 but are LR-308?

Builds on the LR-308 platform use the same gas system lengths as the AR-15. These gas tubes come in pistol gas lengths, mid-gas lengths, and rifle gas lengths for barrels chambered in .308. While a true AR-10 barrel has a gas system that is longer than rifle length.

Additionally, the uppers and lowers of an LR-308 are cut differently from the AR-10. These cuts make it so that an upper receiver on the AR-10 platform will not line up with a lower receiver of the LR-308 platform, and vice versa.

When it comes to true AR-10s specifically most of the time they were bought as a complete rifle, oftentimes these come with a fixed position stock with a special buffer and buffer tube. However, the AR-10s are compatible with a mil-spec adjustable buffer tube, but they do require a special buffer and spring. The LR-308 also works with the adjustable buffer tube, and it requires a very different spring and buffer that is much shorter.

While barrels for the AR-10 and LR-308 will accept the same .308 Winchester caliber bullet, the barrel extensions of the two rifle platforms are different and cannot be used interchangeably. Additionally, the head spacing of the bolt carrier groups is different between the two platforms.

In doing research for this, there is some debate as to which parts of the lower parts kit are compatible and not compatible between the two platforms. It is accepted by many that there are some dimensional differences in the magazine catch between the two platforms, however, if you are building or modifying an AR-10 it is recommended to purchase an Armalite specific lower parts kit, whereas if you are doing an LR-308 build check out our selection of LPK”s and combo is to help assist in your build.

The final point is the magazine compatibility between the two platforms. This one is tricky because new rifles built on the AR-10 platform will accept the same magazines as the LR-308’s but the older AR-10s used different magazines.