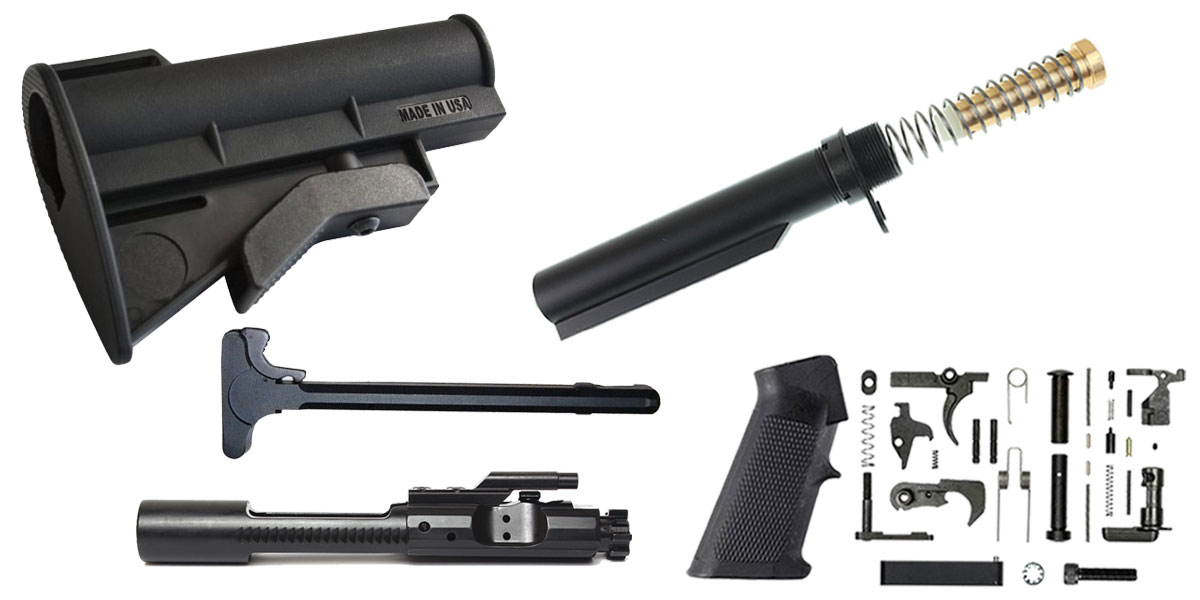 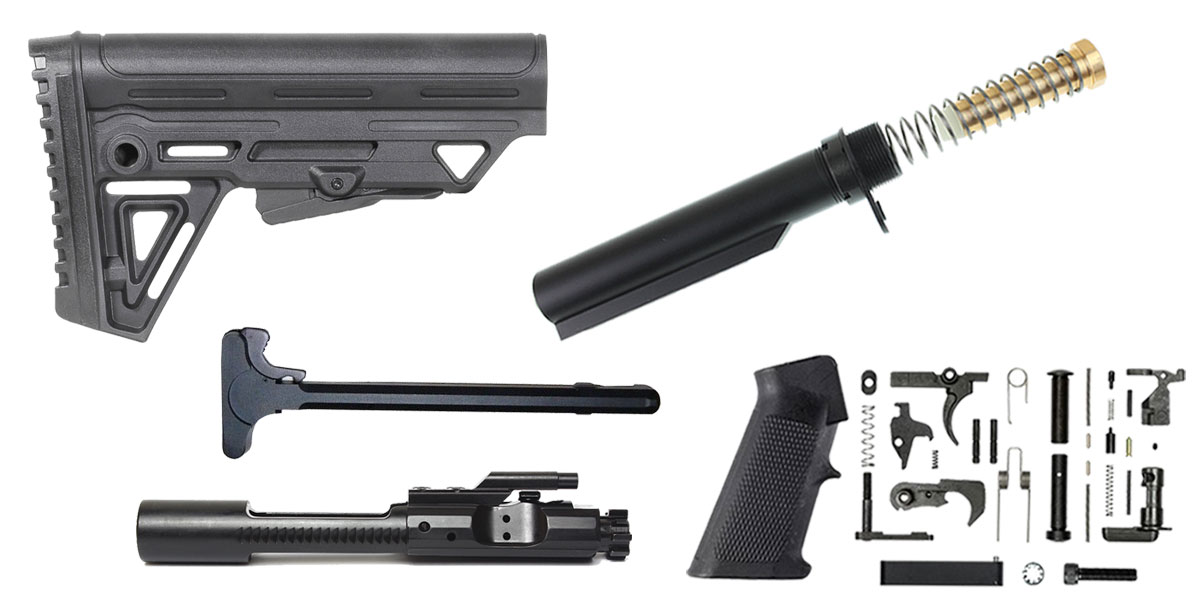 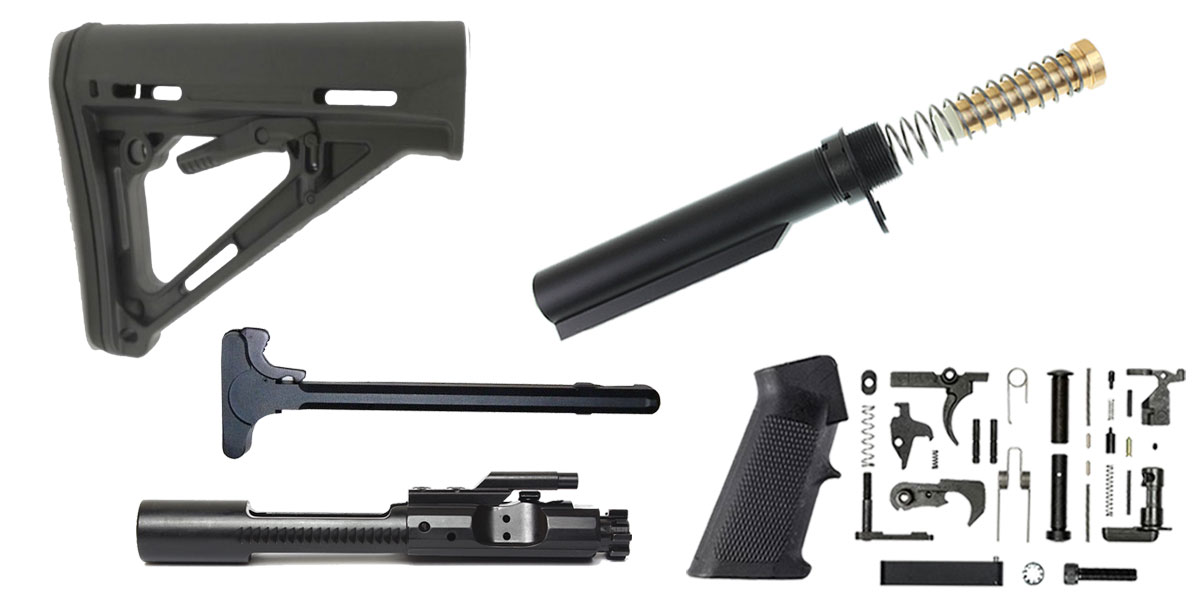 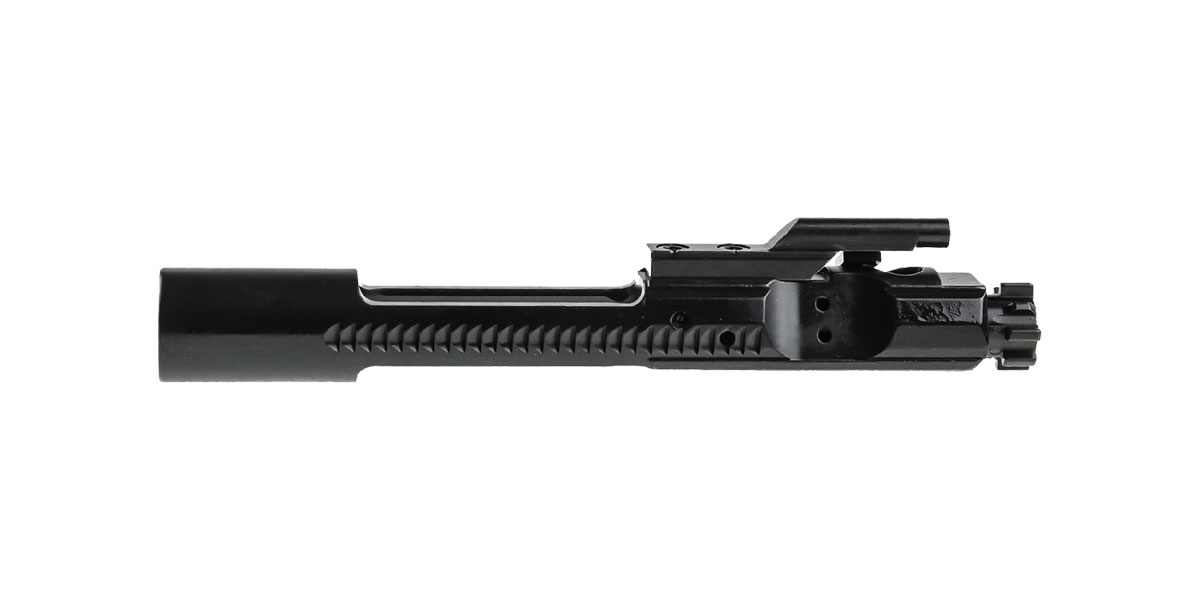 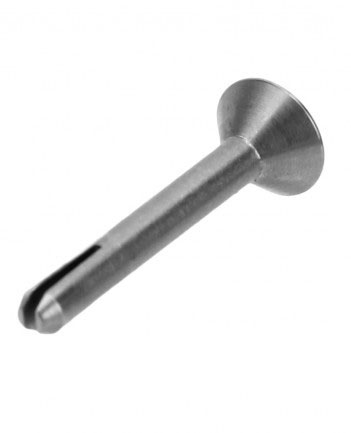 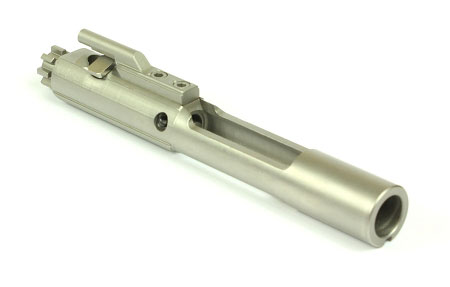 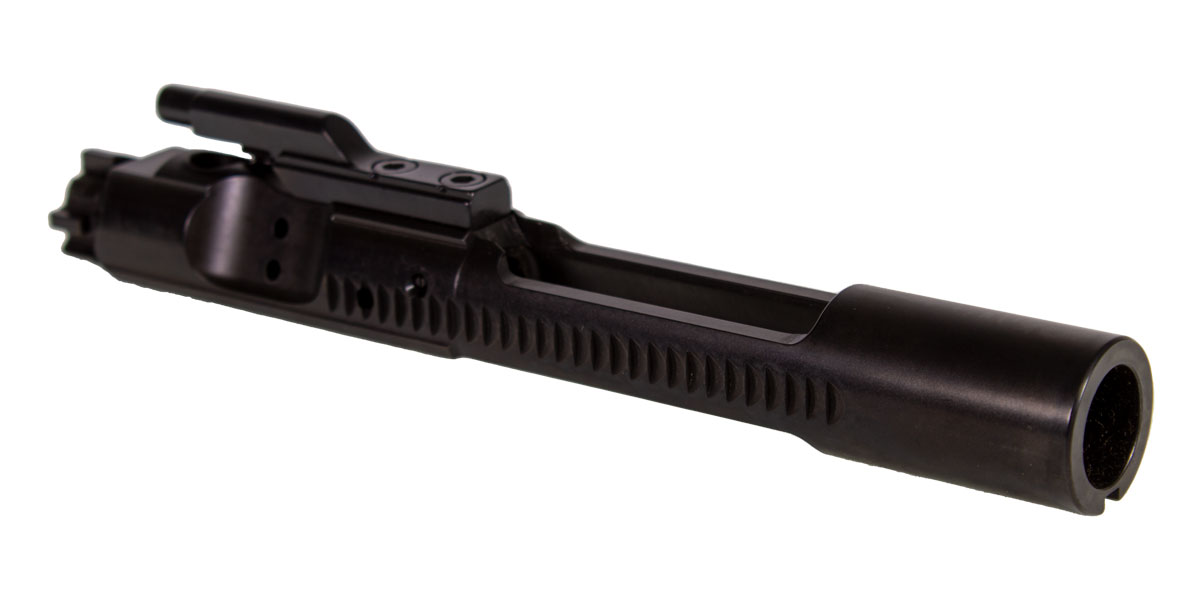 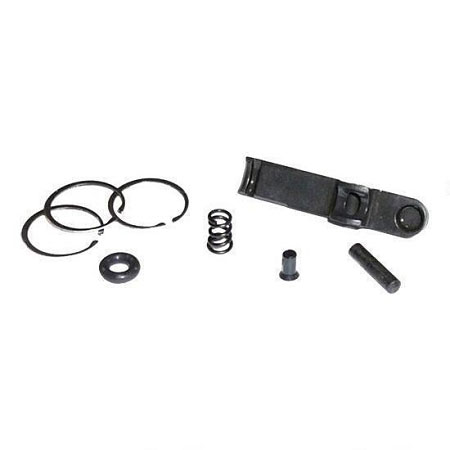 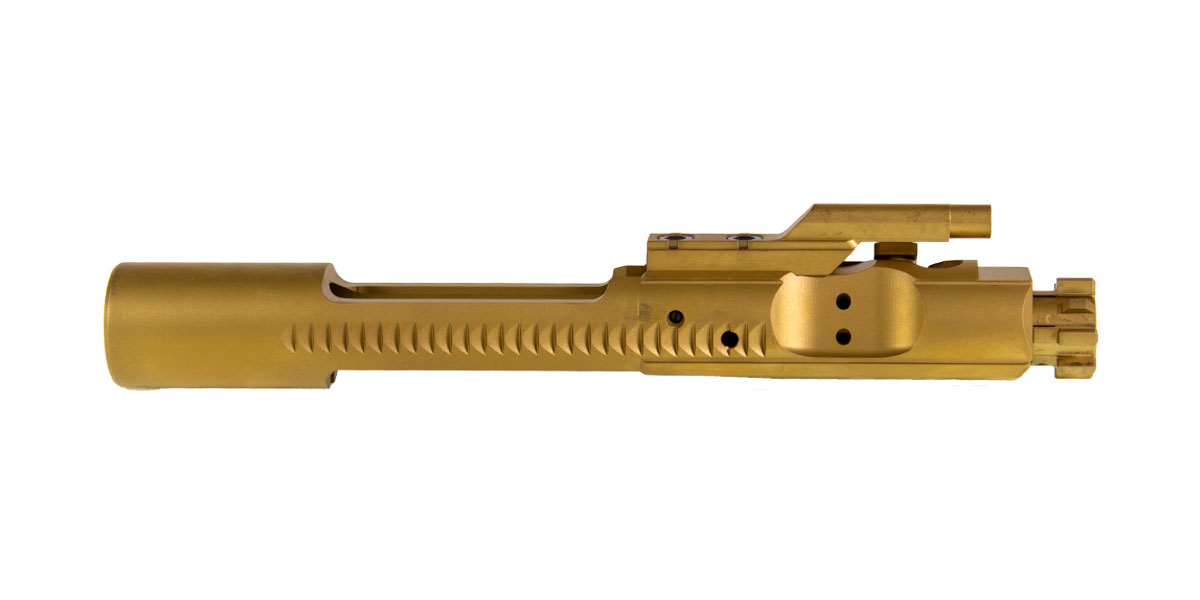 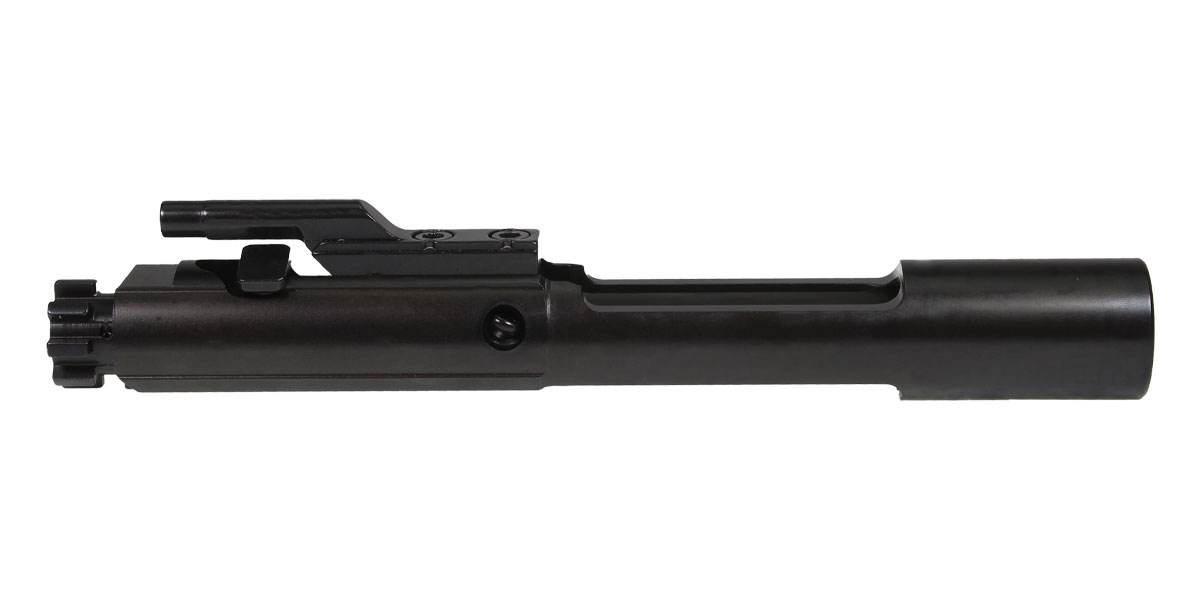 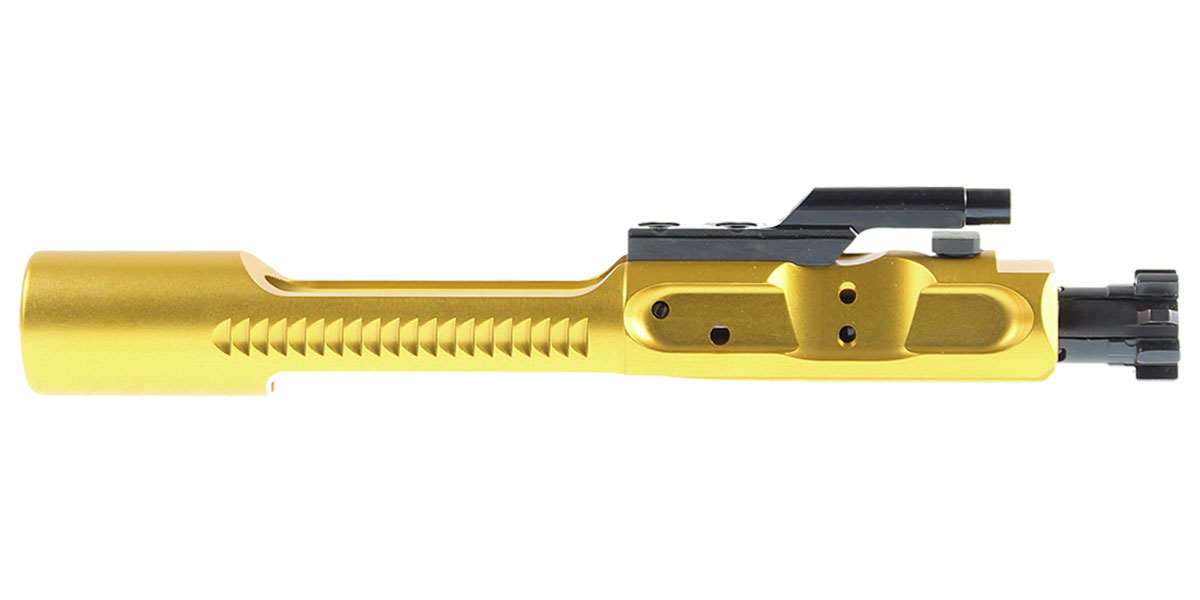 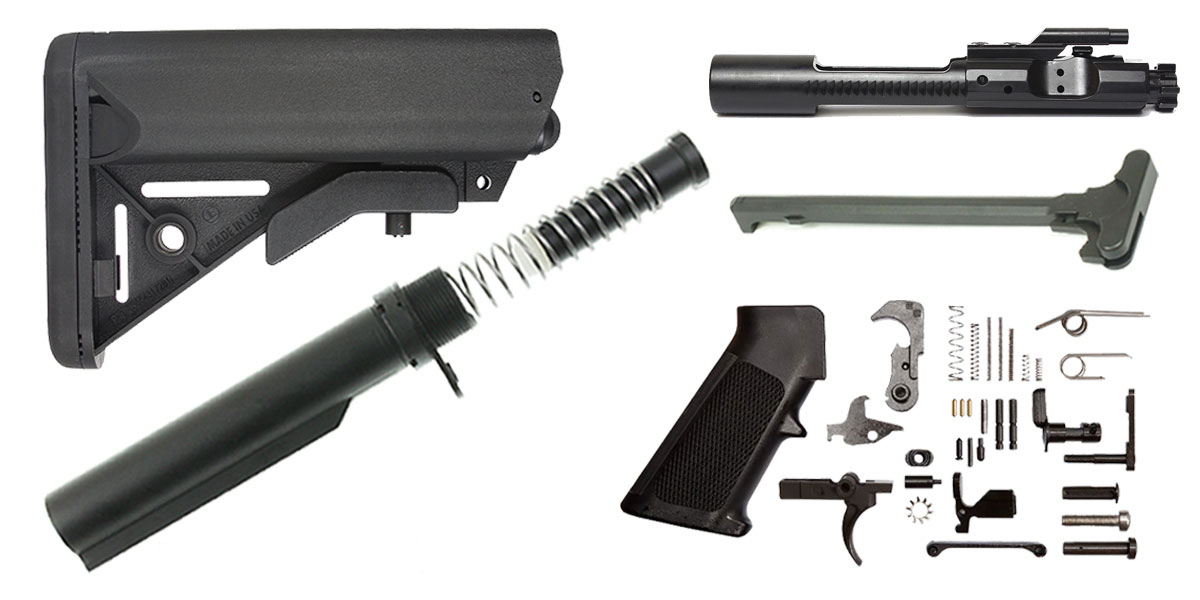 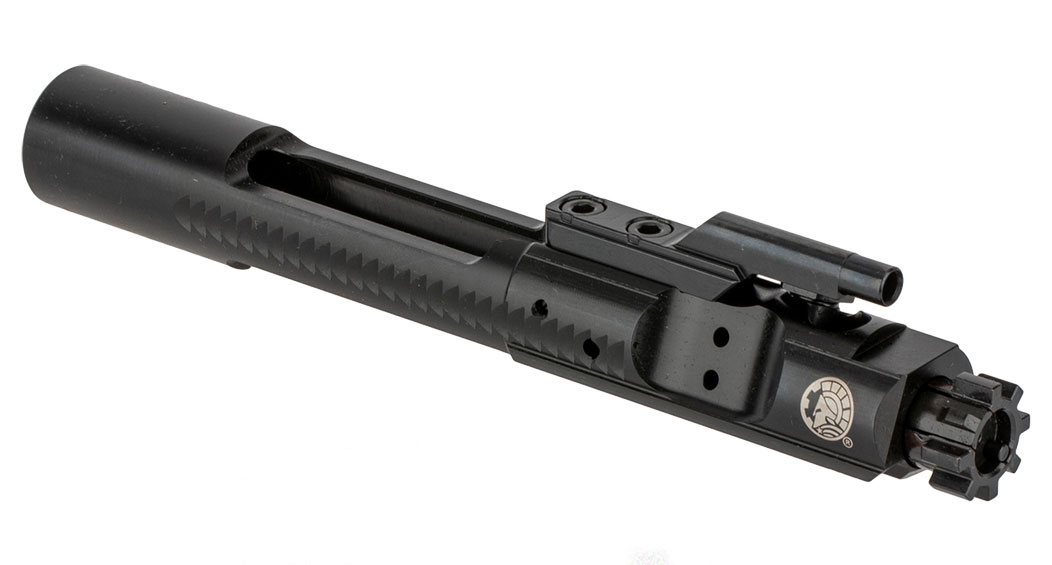 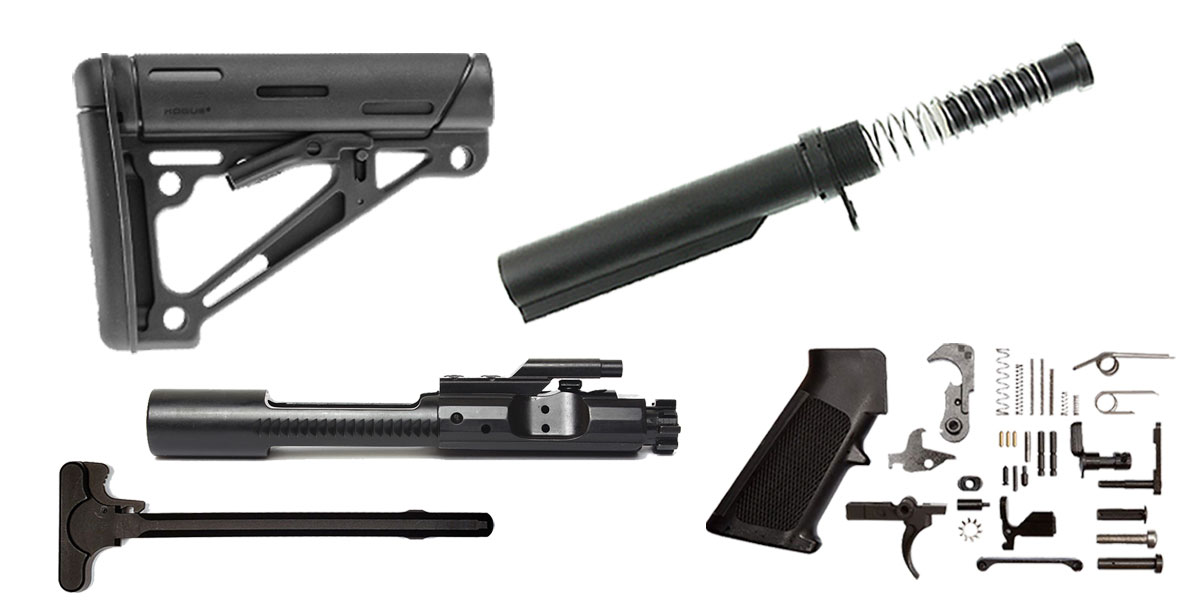 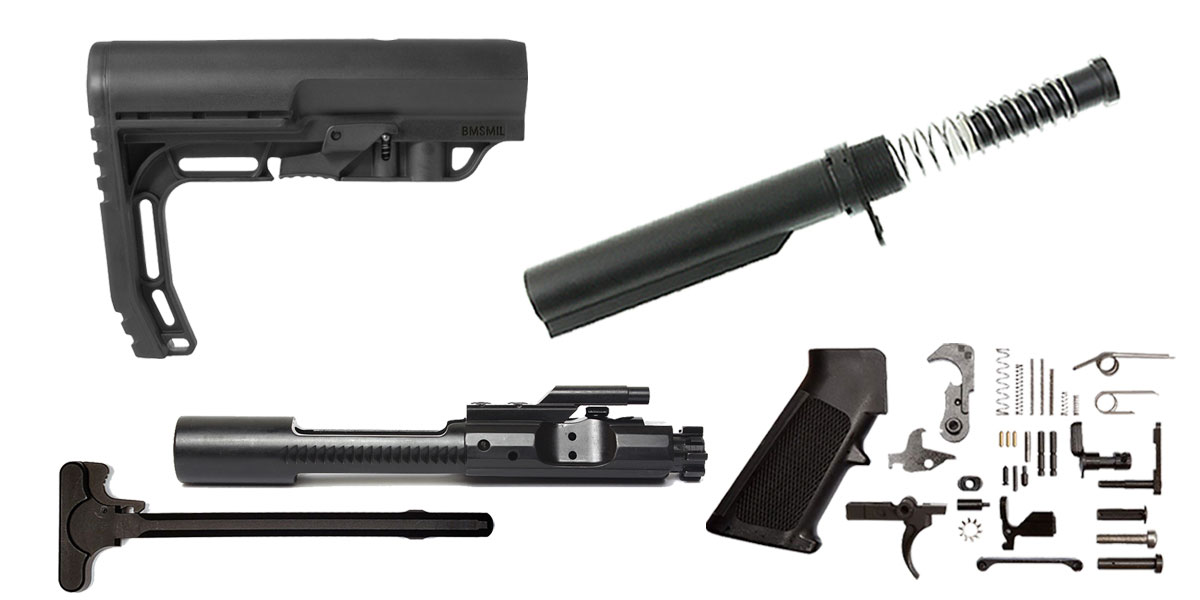 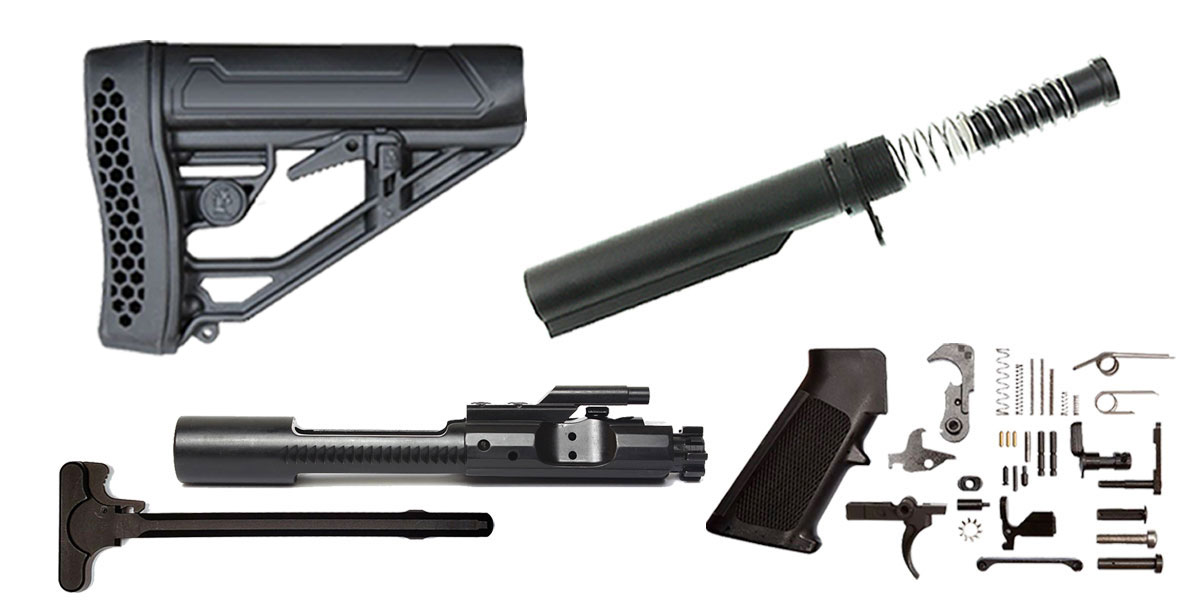 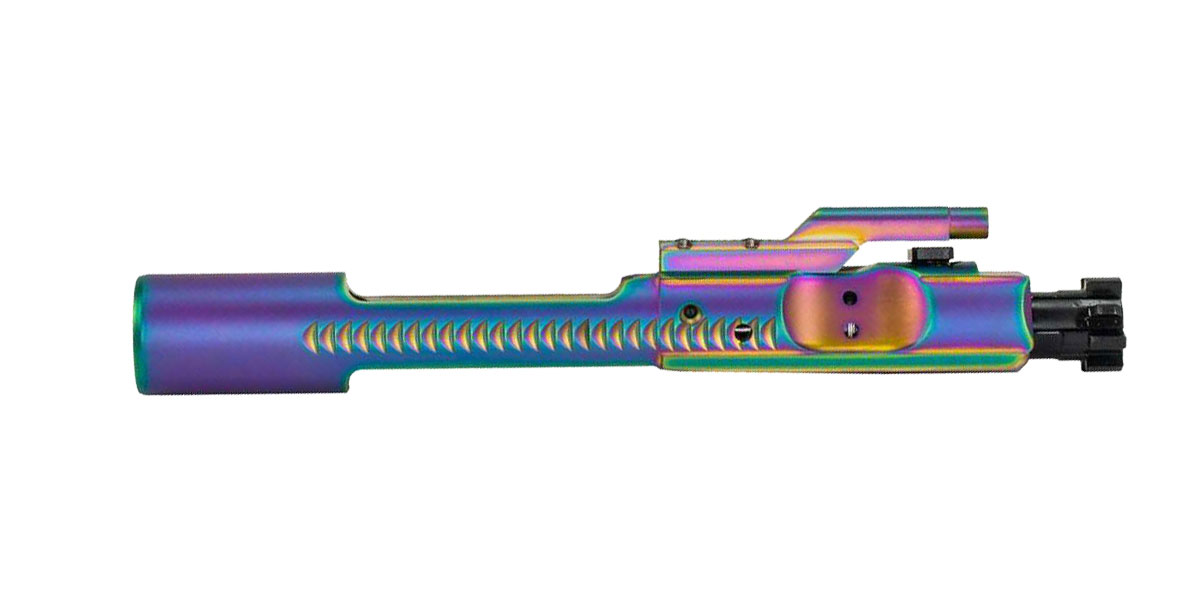 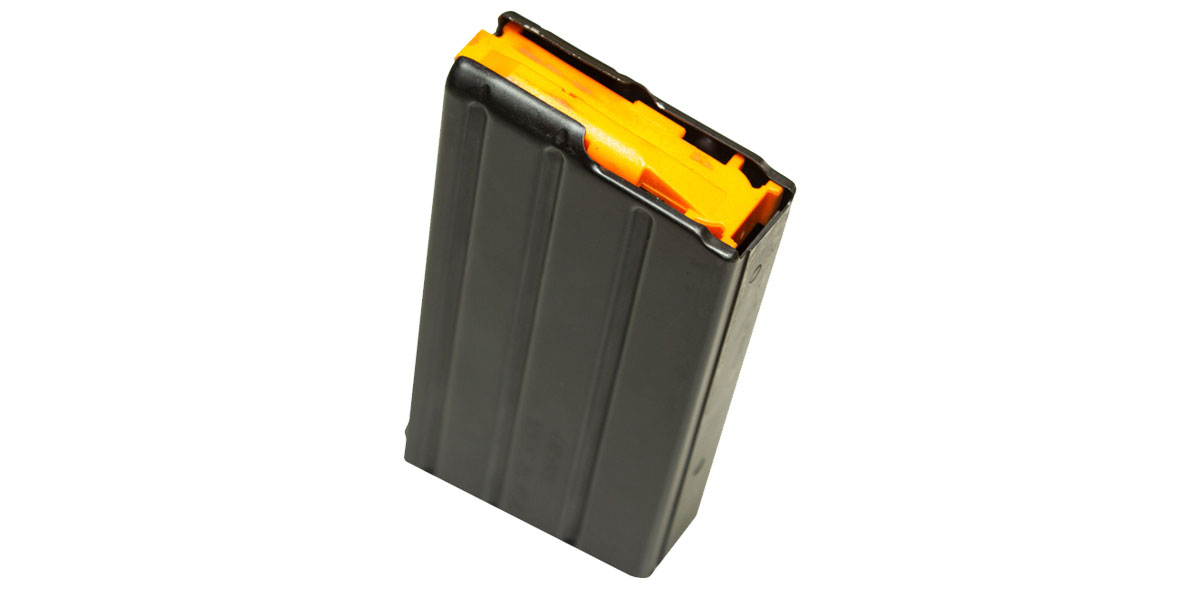 What is the .350 Legend Cartridge?

The .350 Legend cartridge is a round that was introduced in 2019 by Winchester and was designed for deer hunting.  The .350 Legend is a straight-walled cartridge, which is compliant with certain states hunting regulations that mandate straight-walled cartridges be used.   The .350 Legend round has become a popular caliber in the AR-15 platform.  Builders of AR-15 adopted this round in the early days of barrels becoming available due to its compatibility with other parts and the cost to build out an AR-15 to use as a hunting rifle is a fraction compared to buying a new bolt-action gun off the shelf.

One of the reasons .350 Legend has become popular with AR-15 builders is the compatibility of parts.  Aside from a dedicated magazine, there are no alterations needed to an AR-15 built-out lower receiver to mechanically make the .350 Legend function correctly (please check legal parameters of rifle/pistol laws to make sure you are in compliance with those).  Additionally, .350 Legend cartridges use a 5.56/.223 bolt carrier group (BCG), which is often referred to as “the typical” AR-15 round.  There are a lot of people that have an AR-15 chambered in 5.56/.223 that can use their existing parts and simply build out or buy a .350 Legend upper build kit.  So for less than $250 (not including optic), your existing AR-15 can be transformed into an amazing white-tailed deer hunting rifle.

However, many people wish to have a dedicated AR-15 in .350 Legend. We have a selection of complete build kits, complete uppers, finish your build kits, barrels, and complete guns that can help with your build or purchase.

What is a straight-walled cartridge?

What are the advantages of a straight-walled cartridge?  Certain states such as but not limited to Michigan, Ohio, Iowa, and Indiana require straight-walled cartridges for hunting specific types of game including white-tailed deer.  The logic behind this is a necked-down cartridge has a smaller bullet, therefore with a similar amount of powder available in the cartridge case a smaller projectile will travel farther and faster than a straight-walled bullet.  This typically isn’t a problem in heavily forested or mountainous areas of the country, as the round will penetrate either vegetation or a hillside. However, in flatland areas, there is nothing to stop a bullet from traveling until it loses velocity and gravity and is taken to the ground if a shot is missed.  A solution that has been developed is the straight-walled cartridge pushing a larger bullet downrange. With similar powder the bullet will not travel as far, and therefore has less of a danger of hitting the neighbor’s farmhouse should a shot be missed.  To put it simply the surface danger area of a straight-walled cartridge is less than a bottlenecked cartridge.

The .350 Legend round was designed specifically for deer hunting.  That doesn’t mean that it doesn’t work for other game as well.  The .350 Legend cartridge has become one of the preferred rounds for both hog and coyote hunters as well.  A FAQ about this round is does the .350 Legend work for elk?  It is not recommended for elk as it lacks the energy needed to take down an animal of that size, so it would likely wound an elk and not kill it, which is unethical.

One of the reasons .350 Legend is so popular is the compatibility of parts within the AR-15 platform.  However, there are some things to keep in mind before you buy a .350 Legend barrel and build it out with your spare parts bin.  The first thing is using a dedicated .350 Legend magazine.  There have been tales of guys using their existing AR-15 magazines but this round was designed to run in a dedicated magazine.  The second main consideration is the muzzle device.  The .350 Legend barrels are typically threaded in 5/8x24.  However, most 5/8x24 muzzles are designed to accommodate a .308 diameter projectile.  To ensure safety you will need to check the bore diameter of the muzzle device to make sure it is compatible with the larger diameter of the .350 Legend round.  We have curated a category on our site to help assist in the selection of a muzzle device that is compatible with .350 Legend.

What lengths does .350 Legend come in?

At Delta Team Tactical we have carried barrel lengths of .350 Legend ranging from 7.5” to 20” with many in between.  If you are in the market for a .350 Legend barrel something to consider is when the ammunition specs were first released the specs suggested the ammunition was going to be more powerful than it ended up being.  As a result, several manufacturers made their .350 Legend barrels in Mid-Gas lengths.  As a result, they ran into insufficient back pressure to cycle the bolt, so it is highly advised to purchase a .350 Legend barrel in either Carbine Gas or Pistol Gas lengths.  This will dramatically improve the reliability and performance of these barrels.